Single-serve brewing systems have seen exponential gains in market share since they were initially released. As of 2015, 27% of daily coffee drinkers in the U.S. use single-cup brewers, making it the second most common preparation method after traditional drip machines, according the NCA’s National Coffee Drinking Trends report. And their popularity is still growing, both in home and at work.

(To learn more about this market, check out the new NCA Single Cup market research report)

However, recent headlines have generated new concerns among consumers with dramatic warnings about unclean machines that could make people sick. Of course, health and safety should always be a top priority for handling and preparing any food or beverage. But we also know that in today’s media landscape, the page view is paramount, and a scary headline is a lot more likely to generate those clicks – regardless of whether or not it’s scientifically valid.

For example, let’s take a look at this article from ABC News, which asks: “Is there a hidden danger in single-serve coffee machines?” (The headline alone is a journalistic red flag, according to Betteridge’s law of headlines: “Any headline that ends in a question mark can be answered by the word no.”)

The unseen threat of lurking germs immediately taps into our visceral feelings of disgust and fear. But the real problem in this case seems to stem from the machine owner’s confession, buried about halfway through the piece: “I more clean around it. …I’m not sure I actually clean it.”

Additionally, when scientists tested water coming out of the brewer in question, it came back clean. Nobody was getting sick from that machine.

Dirty single-cup coffeemakers are no different than anything else in your kitchen – food processor, juicer, or even grandma’s cookbook. Without proper care, germs from your hands (or old milk residue, apparently) can spread.

Of course, here at the NCA we maintain that for the best cup of coffee, it’s always important to keep your equipment clean – no matter what brewing method you prefer.

And we have some good news: It’s easy to thoroughly clean your coffeemaker.

First, try to wipe down the outside of your machine daily to prevent residue build up – mornings get messy, and coffee is particularly prone to spills. You should also regularly clean any removable parts, which are generally dishwasher safe. However, always check the owner’s manual for specifics (…especially before disassembling your machine).

Major manufacturers recommend descaling your brewer at least every 3-6 months. In the meantime, you can prevent any potential problems with these additional tips: 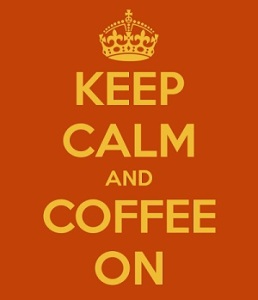 “Descaling” may sound intimidating, but it’s a simple process to sterilize and flush out the deposits that naturally build up over time – which can also leave a bad taste in your coffee. This step is especially important if you’re using hard water, which is one reason why filtered water is often recommended.

You can find detailed instructions online to descale with a white vinegar and water solution. It’s very important to thoroughly rinse your coffeemaker with several cycles of plain water to remove any lingering taste.

While this is a popular suggestion, some coffee industry experts strongly warn against vinegar to clean your single-serve system.

Depending on the machine, there can be an internal closed reservoir of water with a heating element. In these cases, you won’t be able to flush out the vinegar – resulting in permanently flavored coffee (and we don’t mean hazelnut). While this is more common with commercial machines, consumers using personal brewers have also reported this problem.

There are several products available that specialize in making your single-serve system sparkle. These are generally inexpensive, and some are even tailored for specific circumstances, such as commercial use or hard water sources. If you’re concerned about chemicals, there are all-natural options available as well.

Again, there’s no substitute for following the instructions that came with your machine, which often can be found online if you’ve misplaced the original.

Interested in learning more about the single-serve coffee market?

2 thoughts on “Behind the Hype: Just Clean Your Machine”