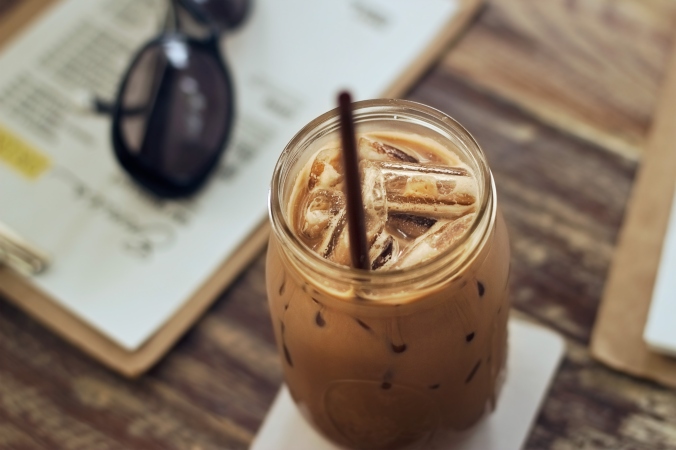 The following article was originally published by Bloomberg Markets

For roasters and producers, cold brew can lead to more bean sales at a time of year when demand traditionally slackens. The need to soak up extra supply is especially important with the price of arabica coffee futures in New York dropping as much as 21% in the past year, and the pace of demand growth in the U.S. forecast to slow.

The benefit of cold brew is twofold: it uses more than twice the amount of ground beans, and it does battle against the efficient single-serve pods that have whittled coffee use and waste.

“We don’t typically have a product driving growth, but right now cold brew is doing that for us,” said Jonathan Del Re, a former mergers and acquisitions banker. He owns Dallis Bros. Coffee, a roasting company in Long Island City, Queens, and Lacas Coffee in Philadelphia.

“This is going to be the summer of cold brew.”

The increasing popularity of cold brew is boosting sales during summer months, Kapos said. It’s a “new revenue stream” for his 64-year-old company, because in addition to increased use of raw materials, customers are asking for ready-to-drink deliveries.

Food-service companies and retailers are requesting supplies in kegs or buckets because preparation is labor intensive and takes up added space in cafes and restaurants. Downeast Coffee started delivering the brew to customers last October and now has more than 40 regular orders. “Demand is going crazy,” Kapos said.

That’s helped breathe some life into the market for coffee beans, along with signs of tightening inventories in Brazil and Vietnam, the world’s top growers, and crop issues in Colombia. Since arabica futures in New York touched a 15-month low on June 22, prices are up about 16 percent, trading Thursday at $1.3520 a pound. That’s still down 7.9% from a year earlier.

Stockpiles may get even tighter with a fourth straight production shortfall, according to Rabobank, which estimates the gap could be as much as 6.8 million bags in 2017-18 crop year starting Oct. 1. Each bag weighs 60 kilograms (132 pounds). Eight out of 10 traders surveyed by Bloomberg expect the rally to continue through this year. Two were neutral. For bullish traders, arabica could reach $1.45 by year end, base on the average of their forecasts. If Brazil is hit by frost, all expect prices to climb even more.

Cold brew is made at room temperatures, using cold water. Without the heat, the extraction of oils that occurs in hot brew is avoided, and that makes the product taste sweeter. “It has created a new part of the day accessible to coffee for consumers and companies,” Ric Rhinehart, executive director of the Specialty Coffee Association, said in a telephone interview from Santa Ana, California. “It’s not cannibalizing hot-brew sales.”

Market penetration for cold brew rose to 21% in 2017 among those drinking coffee daily in the U.S., up from 15% in 2015, according to data from the New York-based National Coffee Association.

“That’s pretty material,” said Kenneth Shea, a Bloomberg Intelligence analyst. “While cold brew still constitutes a small portion of the overall market, if it grows faster than conventional hot coffee, given the mix of more beans, it should be supportive of prices.”

The beverage is an evolution of the iced coffee, including frappuccinos, popularized by companies including Starbucks. Cold brew capitalized on the marketing and rising popularity of specialty coffees, said Ben Houtkamp, the 25-year-old cold-brew manager for Metric Coffee, the Chicago-based company that won America’s Best Cold Brew at the Coffee Fest trade show last month.

Purveyors including Dunkin’ Donuts are testing the next level of speciality for cold brew, including cups infused with nitrogen, which offers a frothy and bubbly, adult-beverage feeling with the carbonation and beer-like head from the nitrogen. Starbucks last week announced plans to expand its offering of nitrogen-infused coffee in response to rising customer demand. Since Starbucks introduced cold-brew coffee nationwide in the summer of 2015, sales have increased 25% annually.

“It definitely presents a great opportunity” for retailers to expand their brands and products while “getting coffee enthusiasts in the stores,” particularly millennials, said Diana Kelter, food-service analyst for market researcher Mintel Group Ltd. in Chicago.

Read the original article at Bloomberg

What does the cold brew trend mean for the coffee industry? Leave your thoughts in the comments below.