Article & photos from our friends at Perfect Daily Grind

What do you need to do to brew better filter coffee? That’s one of the many questions UC Davis Coffee Center is setting out to answer, through a variety of research projects. After all, there’s nothing like hard science for an answer you can trust.

Professor William Ristenpart, the center’s Director, agreed to talk me through his current work and what we can expect to see in the future, from the impact of coffee filter baskets to water quality and temperature. 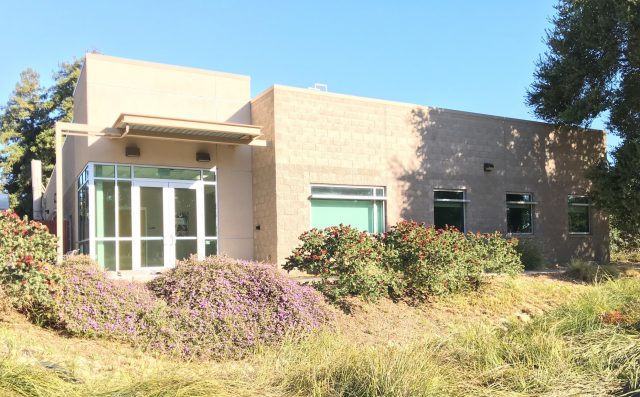 What Is The UC Davis Coffee Center?

The UC Davis Coffee Center is a multidisciplinary university-based research centre dedicated to the specialty coffee industry. As Prof. Ristenpart says, “The Coffee Center is poised to do for coffee what UC Davis did for wine and beer: to become the leading source of scientific expertise in the study of coffee.”

Everything started with the Design of Coffee, the first course he gave about coffee. This introductory class was created six years ago and aimed at freshmen (first-year) students of Chemical Engineering.

While the module began as what Prof. Ristenpart calls “a teaching exercise”, the increasing complexity of the course and the enthusiastic response from the coffee industry led UC Davis to “realise that there was such a tremendous need for both research on coffee science and more advanced education in coffee”. The result was the UC Davis Coffee Center.

The centre has 35 faculty members, 14 listed areas of expertise, and a range of undergraduate and graduate courses. But what I really wanted to learn about was Prof. Ristenpart’s research projects.

The classroom used in The Design of Coffee module at UC Davis. Credit: UC Davis

The Brewing Control Chart is designed to help brewers understand the relationship between extraction, strength, brew ratio, and coffee flavour. However, it was also designed in the 1950s. Fortunately, Prof. Ristenpart has been working on a two-year research project with the Specialty Coffee Association (SCA) to update it.

When first developed byProfessor Earl Lockhart, a food technology Ph.D. from the Massachusetts Institute of Technology (MIT), it was some of the most advanced coffee research of the time. However, Prof. Ristenpart says that his project will be the chart’s first revision in the seventy years since its creation.

There were several problems with the initial study: the sensory evaluations were based on panels primarily made up of housewives brewing with percolators, which tend to over-extract coffee. The temperature the data was taken at isn’t specified.

“What many people recognize is that it has… technical problems in terms of how the numbers are represented,” he adds. He pictures the improved brewing control chart with a z-axis for temperature.

Filter Basket Shapes: An Impact You Can Taste

The professor has also recently finished a five-month preliminary investigation with the SCA into filter basket shapes. There have been passionate arguments about what the best basket shape is – now, science will be able to weigh in.

“There are two analogists, for the first time, generating hard data corroborating beliefs and right now we are doing a series of more digital physical measurements trying to answer the question: why do people taste a difference? What is it about the basket geometry that affects the final brew?”

The team was able to show that regular people, who aren’t trained testers, were able to tell the difference between coffee made with different basket shapes when everything else remained constant: the coffee beans, grind size, water temperature, basket manufacturer… and more.

“What I hypothesize,” the professor says, “is that, in the future, more advanced coffee brewers will, just as a matter of course, allow you to dial in very specific flow rates. Some more advanced brewers already do that; most do not… but I think the flow rate will be a control parameter that more and more people will be aware of as affecting the final flavor.” 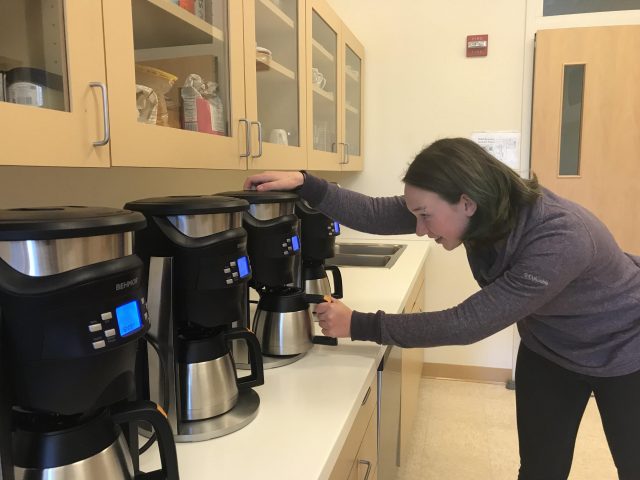 Why does flow rate have an even bigger impact on flavor than grind size?

That’s another one of the questions the team at UC Davis is attempting to answer. But their work isn’t easy, because flow rate isn’t just about time: it’s also about the mass transferred and the quantities of different chemicals and molecules within that.

Prof. Ristenpart tells me, “One of the things that I study is understanding how the fluid flows through the coffee grounds, how the convection affects the diffusive mass transfer out of the coffee grounds into the coffee that we’re drinking.

“From a physical standpoint, it is also very complicated because of the basket geometry. The flow is not the same everywhere so scientifically it’s a very challenging problem – but a fun one.”

Water temperature is just one more variable affecting the research. While most brewers could tell you that higher water temperatures increase the rate of extraction, there’s a lot more to the topic.

For example, both viscosity and mass transfer proficiency are affected by water temperature. Prof. Ristenpart tells me that they have “exponential temperature dependencies; in other words, small temperature changes have a very big impact on some of the physical and chemical properties in the system.”

And coming back to filters, the basket geometry will affect the heat transfer within it. Even though the water temperature delivered may be consistent across different filters, that doesn’t mean the temperature of the water the grounds are reacting with is the same.

Prof. Ristenpart tells me that he and his team found “so far about a three or four-degree temperature decrease when using the flat bottom vs the conical [baskets]. So, three degrees by themselves is a lot, but it is actually quite a bit in terms of that exponential temperature dependence.”

For now, they’re using a constant temperature for their experiments. In the future, they also intend to study the effects of different water temperatures.

Measuring the temperature of coffee samples brewed in a Behmor Brazen Plus. Credit: UC Davis

The coffee industry is waking up to the importance of water quality, with awareness growing among coffee-lovers over the past few years. Books like Christopher Hendon’s Water for Coffee have helped this trend.

Prof. Ristenpart tells me that it’s been well-established that water hardness can affect coffee brewing. Hardness refers to the number of ions – especially calcium and magnesium – that is in a water sample.

More recently, he says, researchers have been noticing that the composition of the ions is also important. Two samples may have the same overall hardness, but one may be richer in magnesium while the other has more calcium. “Because the ions are different, they affect the details of the mass transfer.”

It’s early days for this research; they have qualitative data and theoretical work but “there is not a lot of hard data yet so that is definitely one of the goals that we have.”

And in the future, we can expect to hear more about water quality from the UC Davis Coffee Center, which is in the process of partnering with companies to create a water lab. “We recognise that the water quality is crucial for making good coffee,” Prof. Ristenpart says.

With a dedicated research and education centre for coffee, there’s great potential for the future of brewing. As we begin to glean insights into the science behind our favourite drink, we can improve both the quality and consistency of it. Prof. Ristenpart has set out to treat coffee the same way as we do wine and beer – and already we are seeing great results.

Filter basket shapes, water temperature and quality, and new brewing charts: these are excellent first steps in a journey towards better coffee. So, here’s to a future with even more research.

Full disclosure: Original article sponsored by Behmor – an NCA member company The NCA was not paid to publish, but is reposting based on editorial content.