The following post is first in a two-part series

Almost half of all coffee is produced under one of the recognized sustainability standards. That’s 70 million bags, or four million metric tons.

However, only around a third of sustainably recognized coffee is eventually traded and labelled as sustainable – a discrepancy that is being addressed by all parties involved in attempts to reduce the gap.

END_OF_DOCUMENT_TOKEN_TO_BE_REPLACED

Learn more and register for the #NCA2020 Annual Convention March 5-7 in Austin, TX

For over twenty years, I worked for the motion picture industry. Networking has always been the lifeblood of Hollywood – even while it was maddeningly difficult.

Hollywood has a couple of typical industry conferences, but most gatherings revolve around film festivals – often in glamorous, expensive places. There’s seldom a big exhibit hall with vendors – instead, filmmakers show clips of their work in private rooms, writers “pitch” scripts in one-on-one meetings, and deals are made at unadvertised parties.

There’s a secretive, fluid mystery to everything that’s happening, and always the sense that you are missing something. That uncertainty is complemented by the chaos of autograph seekers, paparazzi, and publicists all jockeying for attention. Unless you know how to “work” a film festival, you might as well stay home.

While networking at film festivals and association conventions may seem to have little in common, there is one key aspect in which they are similar: if you plan to network at either, you’ll need to have a strategy and go prepared.

END_OF_DOCUMENT_TOKEN_TO_BE_REPLACED

Starting a coffee business is not for the faint of heart. It will bring blood, sweat, and tears (plus a lot of caffeine).

Yet, there’s still something that makes the pursuit worthwhile.

And as the saying goes, hindsight is 20/20. So what better way to truly learn what it takes to successfully build a coffee business than to turn to those who know best?

The editors at Bond Street asked individuals behind some of America’s best cups  to share what they wish they knew before opening their coffee shops, or other caffeine-infused operations. The result is 33 pieces of advice that all aspiring entrepreneurs would benefit from knowing.

From mistakes made to tricks of the trade, you’re bound to discover at least one nugget of wisdom that will save you time, money, energy, and quite possibly your sanity — or all of the above.

END_OF_DOCUMENT_TOKEN_TO_BE_REPLACED

From baristas to boardrooms, the Coffee Career Center connects companies to top talent across the industry.

Check out this week’s featured job listings – and visit the Coffee Career Center for more. (Please note that you will need to set up a free account to view the full post.) 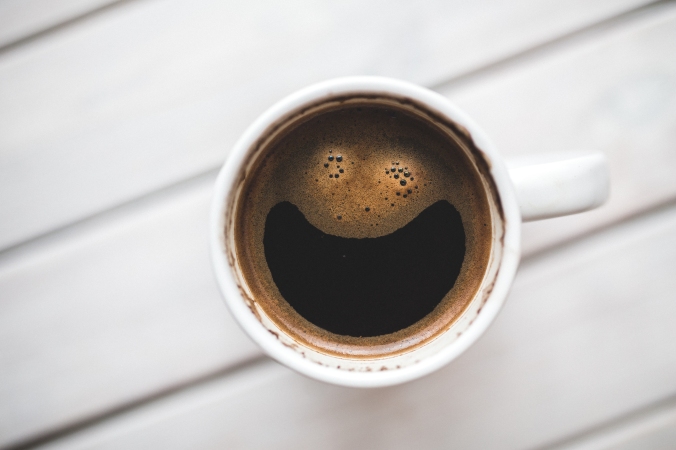 2016 was a year of uncertainty for the coffee industry, including new threats to basic business norms and protocols.

Here’s an overview of the key issues we faced over the past 12 months, some of the new benefits we’ve made available to members, and what you can expect in the year ahead.

END_OF_DOCUMENT_TOKEN_TO_BE_REPLACED

Stuck in a rut? Start 2017 with an exciting new job in the coffee industry.

Check out this week’s featured listings – and visit the Coffee Career Center for more. (Please note that you will need to set up a free account to view the full post.)

Reily Foods is the sponsor of the NCA Convention 2018, March 15-17, in their hometown of New Orleans – during NOLA’s tricentennial anniversary!

What does Reily Foods do?

Reily Foods provides many of the staples you will find in your kitchen cabinet.

END_OF_DOCUMENT_TOKEN_TO_BE_REPLACED

From SXSW to craft brew culture (both coffee and stronger), Austin is the home of innovation – and the inspiration for our Convention 2017 theme. Explore this unique, thriving city while meeting leaders from across the coffee industry.

END_OF_DOCUMENT_TOKEN_TO_BE_REPLACED

There’s never been a more exciting time to have a career in coffee.

From the barista who pulls the perfect shot, to the unheralded scientists working to preserve the genetic diversity of coffee, professionals all around the world have turned their passion for coffee into a livelihood. And yet, until now, there’s never been an easy way to find those career opportunities – or to find talent to match these opportunities.

This is why we are pleased to announce the launch of the first dedicated career center for coffee – anchored by a coffee job board. A venture of the National Coffee Association, U.S.A., the Coffee Career Center is intended to be your first career stop – whether you are hiring, or looking to get hired, in the fascinating and rewarding world of coffee. END_OF_DOCUMENT_TOKEN_TO_BE_REPLACED

Coffee – a beverage with a history of hundreds of years – is in the midst of a period of unprecedented change.

All businesses struggle to identify and train leaders. But for the coffee sector, leaders deal with a complex array of variables, threats and opportunities – making leadership essential for the industry’s future.

At the NCA Convention, we talk a lot about professional leaders and industry leadership.

But what exactly does leadership mean today?

Here, 5 members of the NCA Board of Directors share why leadership matters to the coffee industry:  END_OF_DOCUMENT_TOKEN_TO_BE_REPLACED